How creating an e-will made me appreciate life more

If you’ve ended up on this page, you’ve probably downloaded Myend. Or, you’re thinking of creating your own (e-)will. And you might be looking for some affirmation. Well, that’s what I might be able to offer you, by sharing my personal story.

I’ll admit that although the thought of making a will or at least writing down some last wishes had popped into my mind every so often, I just never really “got to it.” However, it doesn’t seem like I’ve had much reason to; I’m a 26 year old woman who is healthy and genuinely happy. Regardless, I’ve always felt that thinking about the ‘last part of life’ can be just as relevant to me as it is to any other, and the thought of death doesn’t scare me. In general it makes me more conscious of how much life is worth and how I want to cherish every day. So why did I never put those thoughts into action?

In most of Western society, we’re not used to thinking or talking about death too much, but it doesn’t have to be that way. As British essayist Havelock Ellis said, “Pain and death are part of life. To reject them is to reject life itself.” There is actually scientific evidence that thinking about (your) death can lead to a happier life! As Laura King, psychology professor at the University of Missouri, puts it: “the constant threat of death is what makes even the most mundane life amazing. And so embracing death, rather than fearing it, helps us find pleasure in living.”

So, I’m a generally mindful person who likes writing, cares about giving (especially to those I love) and enjoys it when things are “well-rounded.” In that sense, I’m a perfect candidate for an app like Myend. Yet, I didn’t start using it as quickly as I expected. Now that I have, I’d like to tell you about how I did it, what I experienced and explain some of the unexpected lessons I learned along the way.

One thing people often give as a reason for their procrastination behavior is ‘I didn’t get to it because I don’t know where to start.’ Well, neither did I. Lucky for me (and you), I found out that with Myend that simply doesn’t matter.

You can: start writing a message to a loved one, leave it unfinished, take picture of the painting you have on your wall, get up and do some laundry while you try to picture that painting at different houses of your friends, write a quick note in your messages of a memory that popped up in your head, go back to that painting and assign it to Lucy, because by then you’ve realized that she hasn’t even once come over to your place without complimenting that painting. Lucy must really love that painting..

So, like I said, you don’t have to wait for the right moment or do it all at once or even know how creating an e-will works – you can just start. 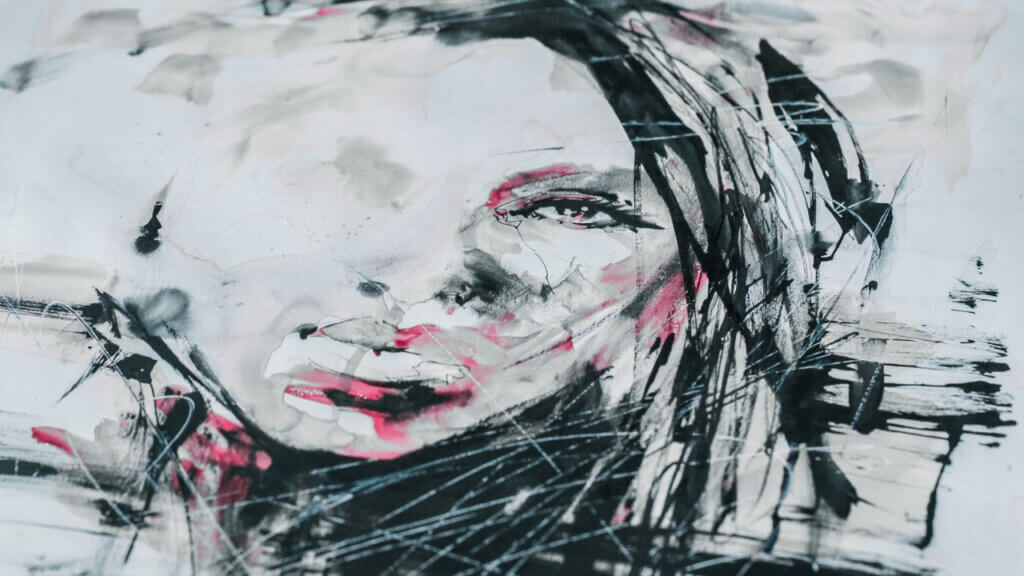 Does the above described activity pattern sound familiar? Maybe because that’s exactly like how you use all your other apps nowadays? Let’s face it: we’re glued to our phones. Especially to social media. Research shows that 42% of Instagram users open the app multiple times a day. I found out that Myend actually wasn’t so different from Instagram. Not only because you can use the app in that continuous open-close-open flow, but also because of the core idea behind it. I’ll explain:

Through Instagram you build a legacy by showing your identity and sharing (that) with others. Myend does the same. Only Instagram is for right now (and looking back at the past), and Myend is for the future. Instagram is for the person you’re becoming during your life, Myend is for sealing that legacy once your life is over. This made me think: If you’re putting so much effort into your (digital) legacy on Instagram now, wouldn’t it be extra worth it if your (My)end product would be on that same level?

It made me realize how much I have (and who)

As my e-will progressed and I started to use the app more and more, each time it became clearer to me exactly how much I have to be thankful for. The more I filled my Belongings list with pictures of what I own, the more I realized how much I actually have. Not unexpected of course – it’s literally a list of all your things – but somehow seeing it all together like that, made me feel extra blessed.

But even more importantly was filling my will with Contacts. I added multiple Legacy Contacts, my boyfriend, close friends, family members, acquaintances, people who touched me in any way. Most of them are unrelated if it wasn’t for their connection with me. That was what made me feel truly rich, seeing all those people listed together, and realizing I was in the center of all of them. I can’t think of anything more gratifying.

Giving things away gives greater satisfaction than getting things

After admiring the Belongings I’ve gathered and ended up cherishing over the years, it was time for me to start to “give them away”. Now, of course I didn’t give them away instantly, I assigned them to the different people in my Myend contact list. Yet, I experienced that the feeling of leaving an item to someone (for them to have in the future when I pass), gave me more satisfaction than adding items to my list if I bought something new. So, if you feel like giving yourself a Mother Theresa-esque mood booster, just start assigning things to your loved ones. We can call it borrowing some Karma from the future😇?

It made me feel loved

Once I managed to match my people to my beautiful things and to write down some special memories, I received an email from my best friend. She accepted my invitation and would love to be my Legacy Contact! More acceptance emails followed, which led to a few meaningful conversations in the weeks after. The combination of these emails and the conversations that followed, filling my contact list with people I trust and remembering memories I usually don’t think about in my day-to-day life, made me feel incredibly loved. In a way I could catch some of the love I had been given over the years and feel it the moment I opened the app. 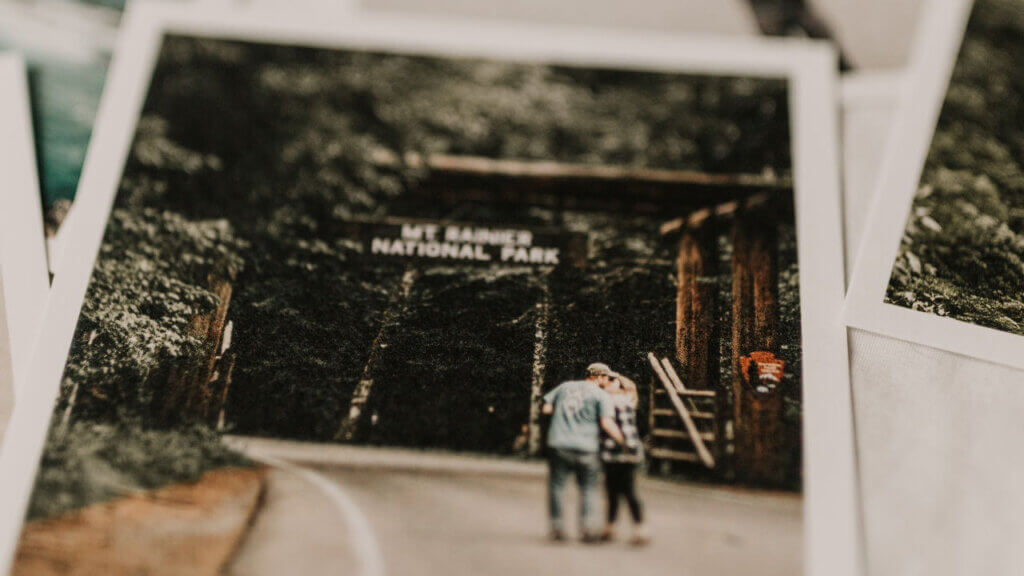 Myend is not just there for yourself and your legacy. It’s mainly there to help others when you are not here anymore to do so. You do the work now, and through Myend they can benefit from your efforts then. I don’t think about the moment I’m not there anymore often, but I can imagine that it will be painful. And thinking of my loved ones in pain, makes me want to support them in any way I can. That’s why I started using Myend. It takes a small effort now, but knowing that my relatives and friends might suffer a little bit less should that moment arrive, is worth it.

My support is through a designated farewell message for each person that means a lot to me, for some I will even write a message for a few of their upcoming birthdays (or mine). Besides that and giving away my belongings, I also used the Vault app and gave very clear instructions of how to access my photo albums currently saved in the cloud. I know some of those pictures will be extra meaningful and I wouldn’t want to have them disappear along with me.

Fun fact: I also use the Vault function to just store some of my passwords, to use myself while I’m still alive. You know the deal – so many passwords with so many requirements nowadays – I can’t remember them all anymore!

It made me more determined

As I explained in the introduction of this article, there is scientific proof that death awareness actually enhances appreciation of life. The more I realize that my days are scarce and I won’t live forever, the more I value every extra day I get to live and the more it makes me want to make the most of each one! That’s why through using Myend I became even more determined than I was in reaching all my goals. It’s now or never, as they say! I want to keep working towards being proud of the woman I am and the person I will have become once I leave this planet.

It gave me just that little extra life-energy

Last but not least, besides being more determined, I also feel more energized. As if I borrowed some energy from the future and just started using it now. I think the combination of; opening myself up to cherishing that love that others have given me over the years, finding out I am one rich-ass lady, having some extra peace of mind, giving back to others (prospectively) and realizing just how special life is, gave me a boost I couldn’t have felt in any other way.