We all know the Egyptian pyramids! Not much is widely known, though, about their Sudanese cousins, the Nubian Pyramids. The Nubian Pyramids located in North Sudan are a UNESCO World Heritage Site. With this post we explore various sites of these Pyramids and dive in ancient Sudanese burial practices. Finally, we learn more about the crucial role of Islam in shaping burial rites and funerals in present-day Sudan. 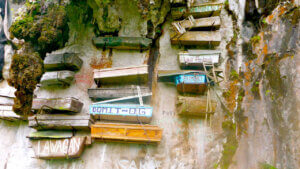 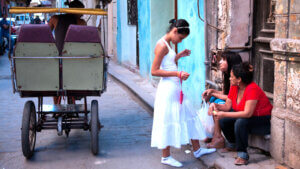 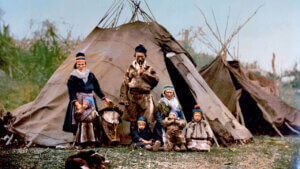 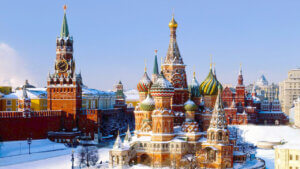 The Kingdoms of Kush ruled Nubia, a region next to the Nile in modern-day Sudan. There were three of these Kushite Kingdoms, the rulers of which all built pyramids as burial sites. Nubian rulers were influenced by Egyptians and used granite and sandstone to build their own pyramids. The first Nubian pyramids were constructed in El-Kurru around 750 BC, thousands years after the Egyptians built their pyramids. Additionally, the completion of these pyramids took a couple of hundred years. Many of these pyramids were the final resting place for Kush royalty, but also high class Nubians.

Moreover, there currently are two times as many standing Nubian pyramids as there are Egyptian ones! And there would have been even more if it wasn’t for Italian treasure hunter Giuseppe Ferlini. Ferlini pillaged the ancient tombs in the 1830s and partially destroyed many of them.

We already mentioned that the El-Kurru pyramids were the first in Nubia. The royal cemetery was the designated burial site not only for Kush royals but also Egypt’s 25th Dynasty. During the medieval times this region belonged to the Kingdom of Makuria, a Christian state. El-kurru then became a settlement until the beginning of the 13th century. The – at that point – Christian Nubians added religious graffiti to some of the pyramids. Not only did these graffiti include crosses, monograms and other Christian symbols, but also boats! Archaeologists believe that these boats may refer to a river procession.

Other Nubian burial sites include Nuri counting over 20 pyramids, and the area of Jebel Barkal mountain. The latter was home not only to Nubian pyramids but also to the Egyptian Temples of Amun and Mut. These temples were made by Egyptians before the Kushite Kingdom became independent.

In addition to these burial sites, Kushite royalty constructed the Sedeinga pyramids. Interestingly, archeologists have been discovering these pyramids only the last 15 years. They estimate that Nubians built them around 1 BC and they have currently found over 80 smaller pyramids. To be specific, the smallest pyramid is 75cm while the tallest 6,7m. The excavation is not yet complete and it is estimated that this site houses the most pyramids in Sudan.

Archeologists also found thousands of burial chambers beneath the Sedeinga pyramids. The pyramids were made of stone blocks over a circular chamber. This style is also related to the even older burial mounds of the Kushite Kingdom. Lastly, most other pyramids found at Meroë, capital city of the last Kushite Kingdom, were designated for Kings and Queens. However, that is not the case with the Sedeinga pyramids since they were for wealthy Nubians instead. At first glance this seems very offensive to the royalty considering the burial norms of this period. Due to how far Sedeigna was from Meroë, though, this burial practice became far more acceptable for the rich too.

Because of this great distance from the Kush capital, the Sedeigna pyramids adopted a more Egyptian style as well. For example, certain stones portray lotus flowers, birds and solar discs. Additionally, archeologists discovered funerary inscriptions just in April 2018! These inscriptions carved in stone, were written in Meroitic, one of the oldest written languages in Africa.

Moreover, they found very well-preserved artifacts and steles. Steles are stone monuments, and the ones in Sedeinga retain their original blue pigment. Other artifacts were dedicated to the Goddess Maat, and had characteristic Egyptian elements. Finally, many artifacts were actually offerings to women, pointing out the matrilinear nature of the Nubian society.

There were three different Kush Kingdoms in Nubia in a time-span of hundreds of years. Therefore burial practices changed through time and from place to place, often being influenced by Egyptians. These burial practices include the following.

Originally, Nubians used bed burials. They specifically placed their dead on beds and then buried them. In later years, they started using coffins. For example, most royal tombs in El-Kurru contained a coffin. These royal coffins were made of wood but also gold and ivory. During the Meroitic period, Nubians started using sarcophagi. These were made of stone. Small pyramids became also available for the wealthy during this time.

Mummification & orientation of the body

However, most commoners used simpler cemeteries. Excavations also indicate that status and wealth still influenced how someone was buried. For instance, mummification was still present during this time. Additionally, there were religious inscriptions on the wraps of the mummies. This aimed to help the deceased in the afterlife. Most Nubians, though, buried their dead in very simple tombs.

Moreover, the orientation of the corpse within the tomb depends on the period and burial site. For instance, the El-kurru tombs face towards the East and the rising sun. This is closely related to beliefs of rebirth. In simpler cemeteries bodies faced different directions, though.

Similarly to Ancient Egyptian, Nubians buried their dead with worldly  possessions. That was even more clear in royal tombs. Royal possessions included perfumes, horse riding equipment jewelry and large numbers of jar with offerings. Commoners, on the other hand, buried their dead with simple pots and little statues of Kush gods and goddesses. Finally, it seems that animal and even human sacrifice also took place. The burial ritual followed Kush religious customs, and was present especially during royal funerals. For example, Nubians sacrificed 24 horses to their god of sun at the El-Kurru site. Admittedly, human sacrifice was much more rare. However, murdered servants were also found in wealthy tombs.

Most Sudanese are Sunni Muslim, while some follow traditional indigenous beliefs. Sudan has experienced many conflicts in modern times. Additionally, in 2011 the Referendum for Independence took place in the Southern states of the country. As a result, the Republic of South Sudan was formed. Most of these regions were home to Christian Sudanese so when they left Sudan, Islam became even more prevalent. Both Islamic and Indigenous beliefs are present in present-day Sudan. Sudan is also home to over 500 hundred tribes. Therefore, it is not a surprise that different beliefs and practices directly influence burial rites and funeral customs.

The Sudanese consider themselves either Arabs or non-Arabs. This defines also what kind of burial rites their relatives use upon their death. Interestingly, being an Arab in Sudan is related more to being able to speak Arabic and less with belonging to that ethnic group.

Sudanese indigenous populations are often followers of the traditional animistic belief system. According to that, spirits are present in nature. That includes, thus, trees, rocks and bodies of water. Spirits of the ancestors are also a highlight of Sudanese animism. Ancestral veneration is important since dead relatives may still affect someone’s life. Because of that, it is common for a tribe to have a totem. This represents the first person of the tribe.

Specific practices and beliefs depend on the location of the tribe therefore you can expect a great variety of rites. For example, Southern nomadic tribes hold cows in a special place. These are cattle-herding clans and sacrifice their cows for significant rituals. Additionally, the Dinka and other Nilotic tribes use cow sheds as shrines for their gods. Other major ethnic groups in Sudan include Nubians, the Beja, the Fur, the Zaghawa and the Nuba.

As mentioned above, the majority of the Sudanese population is Sunni Muslim. Islam deeply influences everyday life since for most of its recent history, Sudan has been an Islamic State. Because of that, Islamic ideas dominate Sudanese politics. society and culture.

According to Sudanese Muslim customs, the family is mourning for many days upon the death of a loved one. It is common for friends, relatives and neighbors to offer their support and condolences. The designated grieving color for women is usually black. Additionally, it is common for widows to not get remarried after the death of a spouse. Sudanese Muslim typically follow the teachings of the Quran and believe in the afterlife.

Islam has undergone a reformation in Sudan. As a result, many funeral practices and approaches towards death have evolved as well.

Marriage rituals, reverence of holy men (called shaykhs) and funeral rituals were in the heart of this reformation. With the passage of time such practices became less popular, until Sudanese were openly doubting their usefulness. For instance, it was originally common for Sudanese to have great deal of respect for the shaykhs. They even visited their tombs in order to pray, asking for guidance. Fundamentalist Muslims though, perceived this veneration as blasphemy to Islamic teachings. They supported for example that worshiping dead shaykhs comes in direct opposition to the Islamic monotheism.

Additionally, fundamentalist villagers in rural Sudan during the early 1980s started expressing their objection to certain funeral practices. Specifically, they frowned upon the wailing and intense grieving customs that especially women practiced during funerals. Funerals were segregated events. That means that the men would sit separately than the women, dressed in white, and silently pray. Traditionally these funerals lasted up to 40 days. Fundamentalist Muslims supported that these customs need to be reformed into more typical Quranic approaches to funerals. For example, instead of 40 days, the funeral was to last 3 days now, and collected prayer would replace the wailing.

The Sunni reformation aimed, thus, to root out many indigenous elements from Sudanese funeral traditions. Islam remained the official religion of Sudan for over 30 years. In September 2020, the Republic of Sudan officially separated religion and state, becoming a secular state.

If you want read more on other Islamic death practices, check out our article on Iran and Shia Islam. Finally, if you would rather read on funeral customs of other ancient civilizations we recommend our article on Ancient Roman funerals.

Following the Sunni reformation we described above, funerals tend to take place within three days after death. That may vary in rural areas where African religions are more prevalent.

The vast majority of the Sudanese population adheres to Islam. Specifically, 90,7% of the population is Muslim, following the Sunni denomination. Around 6% is Christian including Greek Orthodox and Coptic, while almost 3% practice African religions.

According to the National Center for Kidney Diseases and Transplantation Sudan, there are currently no deaths among organ donors. Because of that, the rate of utilized organs is, of course, zero. As of 2019 there are 313 registered kidney donors in Sudan. 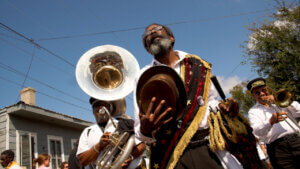 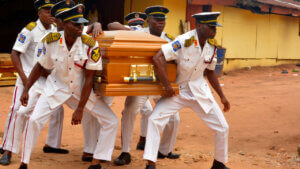 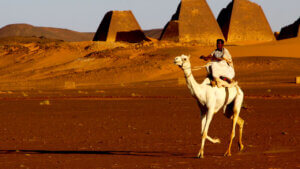